Following the news in the Bible World

Beginning with the Six Day War (June 5-10, 1967) I have tried to keep alert to the situation in the countries that are often called the Bible lands or the Bible World. This phrase is given to the countries of Iran, Iraq, Turkey, Syria, Lebanon, Jordan, Israel, Egypt, Greece, et al. where the events of the Bible transpired. Over the past 47 years I have traveled in all of these countries, some extensively, except Iran.

The current news coming out of Egypt is not good, and it is sad to see the conditions there. I wish for peace and justice for the people of Egypt, and the other countries mentioned above. I wish it also for those who would like to travel to these ancient lands to better learn the history, both secular and biblical. 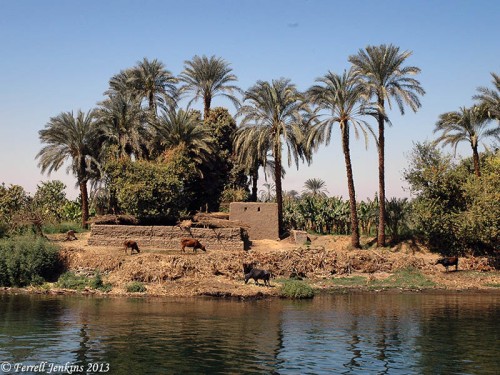 A scene on the Nile River in Upper Egypt. Photo by Ferrell Jenkins.

The photo above was made from the Nile River in Upper Egypt, near the ancient town of Edfu. When I look at it I am reminded of the Genesis account of the seven lean cows and seven plump cows that Joseph saw coming up out of the Nile (Genesis 41).