Has “King David’s Palace” been uncovered in the Judean Shephelah

Archaeological digs in Israel are winding down and the maximalists are having a great time. Today’s report comes from the excavation of Khirbet Qeiyafa which is conducted jointly by Professor Yossi Garfinkel of the Hebrew University and Saar Ganor of the Israel Antiquities Authority. 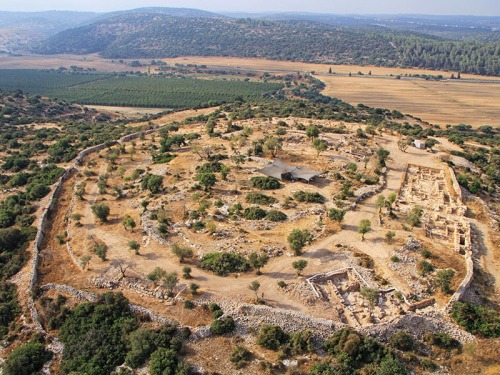 Here is today’s Press Release from the Israel Antiquities Authority.

King David’s Palace was Uncovered in the Judean Shephelah

Two royal public buildings, the likes of which have not previously been found in the Kingdom of Judah of the tenth century BCE, were uncovered this past year by researchers of the Hebrew University and the Israel Antiquities Authority at Khirbet Qeiyafa – a fortified city in Judah dating to the time of King David and identified with the biblical city of Shaarayim.

One of the buildings is identified by the researchers, Professor Yossi Garfinkel of the Hebrew University and Saar Ganor of the Israel Antiquities Authority, as David’s palace, and the other structure served as an enormous royal storeroom.

Today (Thursday) the excavation, which was conducted over the past seven years, is drawing to a close. According to Professor Yossi Garfinkel and Sa’ar Ganor, “Khirbet Qeiyafa is the best example exposed to date of a fortified city from the time of King David. The southern part of a large palace that extended across an area of c. 1,000 sq m was revealed at the top of the city. The wall enclosing the palace is c. 30 m long and an impressive entrance is fixed it through which one descended to the southern gate of the city, opposite the Valley of Elah.  Around the palace’s perimeter were rooms in which various installations were found – evidence of a metal industry, special pottery vessels and fragments of alabaster vessels that were imported from Egypt. The palace is located in the center of the site and controls all of the houses lower than it in the city. From here one has an excellent vantage looking out into the distance, from as far as the Mediterranean Sea in the west to the Hebron Mountains and Jerusalem in the east. This is an ideal location from which to send messages by means of fire signals. Unfortunately, much of this palace was destroyed c. 1,400 years later when a fortified farmhouse was built there in the Byzantine period”.

A pillared building c. 15 m long by 6 m wide was exposed in the north of the city, which was used as an administrative storeroom. According to the researchers, “It was in this building the kingdom stored taxes it received in the form of agricultural produce collected from the residents of the different villages in the Judean Shephelah. Hundreds of large store jars were found at the site whose handles were stamped with an official seal as was customary in the Kingdom of Judah for centuries”. 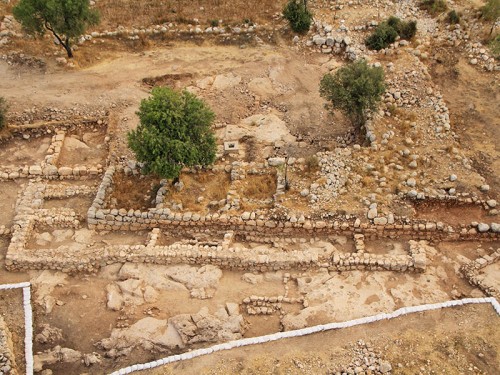 An aerial picture of the “palace” and the Byzantine farmhouse. Photograph: Sky View, courtesy of the Hebrew University and the Israel Antiquities Authority.

The palace and storerooms are evidence of state sponsored construction and an administrative organization during King David’s reign. “This is unequivocal evidence of a kingdom’s existence, which knew to establish administrative centers at strategic points”, the archaeologists say. “To date no palaces have been found that can clearly be ascribed to the early tenth century BCE as we can do now. Khirbet Qeiyafa was probably destroyed in one of the battles that were fought against the Philistines circa 980 BCE. The palace that is now being revealed and the fortified city that was uncovered in recent years are another tier in understanding the beginning of the Kingdom of Judah”. 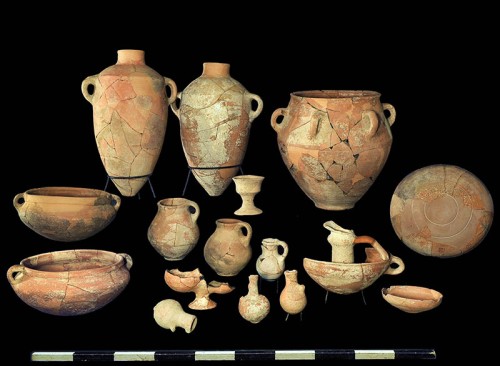 Finds from the site. Photo: Clara Amit, courtesy of the Israel Antiquities Authority.

The exposure of the biblical city at Khirbet Qeiyafa and the importance of the finds discovered there have led the Israel Antiquities Authority to act together with the Nature and Parks Authority and the planning agencies to cancel the intended construction of a new neighborhood nearby and to promote declaring the area around the site a national park. This plan stems from the belief that the site will quickly become a place that will attract large numbers of visitors who will be greatly interested in it, and from it one will be able to learn about the culture of the country at the time of King David.

Comments: It is often true in the media that the headlines say more than the article. This seems to be the case here. I understand this Press Release to be saying that a large structure, called a palace (don’t think Buckingham!) has been found. There is evidence of “a metal industry, special pottery vessels and fragments of alabaster vessels that were imported from Egypt.” Whether these things are to be associated directly with the David (1010–970 B.C.) we read about in the Bible is a matter of interpretation.

I note that the aerial photo of the site is an older one; it does not show the structures we see in the recent closeup of the “palace” and Byzantine farmhouse. (Correction: See the correction by Luke Chandler in the comments below.)

To my conservative friends, I’d urge caution before making any bold claims based on Garfinkel’s work. Or any claims at all. Let’s wait and see how credible archaeologists evaluate his stratigraphy. If he’s correct, we’ve lost nothing by being patient.

I see that Todd has added several updates and links to the Israeli papers also. Take a look here.

Welcome back Todd. We have missed your posts and insightful comments.

A few chalices dating to the time of the destruction of the Philistine city of Gath by Hazael, king of Aram (Syria), have been announced during the current excavation at Tel es-Safi/Gath. The most recent, larger than usual, chalice was announced by Prof. Aren Maeir on Monday and Tuesday. Follow the excavation reports here. 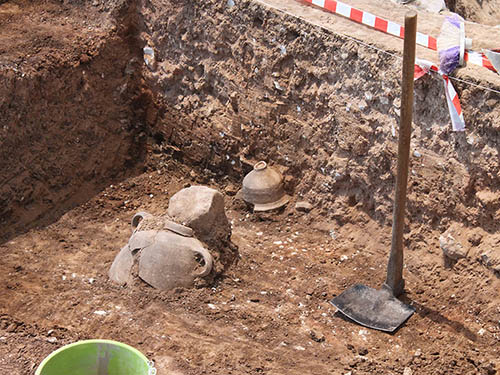 Jar and chalice (upside down beside the balk) in Area D at Tel es-Safi/Gath. Photo: Tell es-Safi/Gath Archeological Project.

Prof. Maeir displays the large chalice after the stand was excavated. (I like the T-shirt. Maybe there is another step down — a human stooped over with a mobile phone.) 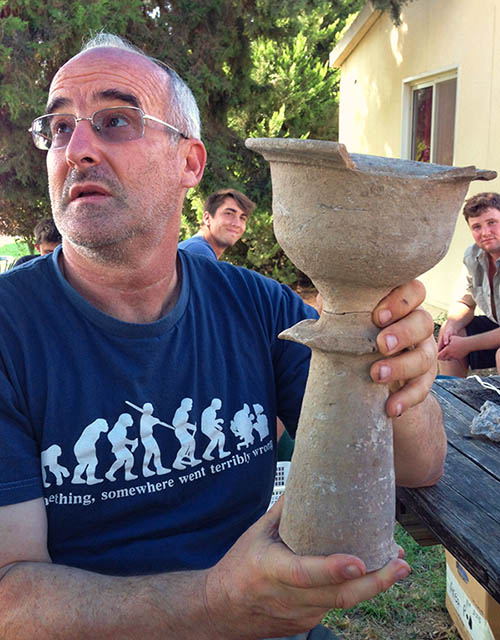 Vessels of this type were sometimes used for burning incense.

Gath was one of five cities of the Philistine Pentapolis (1 Samuel 6:17). The city was destroyed by the Aramean King Hazael shortly after the middle of the 9th century B.C.

At that time Hazael king of Syria went up and fought against Gath and took it. But when Hazael set his face to go up against Jerusalem, (2 Kings 12:17 ESV)

Joseph Lauer calls attention to a nice article about the find in The Jerusalem Post here. The author of the article is Joshua Lipson. Joshua volunteered at the Tel es-Safi/Gath excavation a few years ago.

And thanks to Prof. Maeir for posting the nice photos. No good reason to hide discoveries like this.