Many of the Roman ruins we see in the Bible World belong to the early second century. This illustrates the tremendous power of the Empire throughout the region at that time.

Hadrian ruled from A.D. 117-138. We know that one of the major persecutions against Christians came during his reign. Many arches were constructed to honor him. The most impressive Roman ruin in Antalya (Attalia of Acts 14:25) is Hadrian’s Arch. The three-arch gateway was extensively restored between 1960 and 1963. 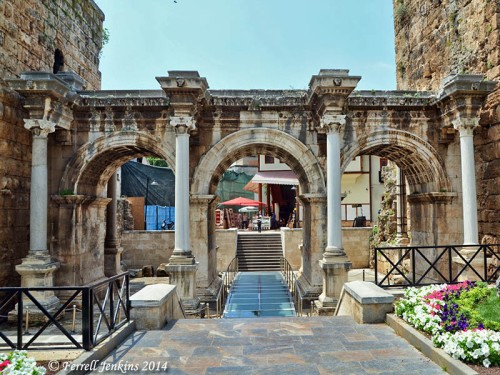 The area around the arch bustles with tourists.