Archaeologist pushes for a park at Carchemish

The ancient site of Carchemish (modern Karkamiş in Turkey) was identified by George Smith in 1876, and later excavated by the British Museum beginning in 1911. The various directors included Hogarth, Thompson, Wooley, and Lawrence. Many remains of Assyrian and Neo-Hittite periods were uncovered.

Carchemish is mentioned only a few times in the Bible, but it was one of the most significant cities in the ancient Bible world.

One of the Babylonian Chronicles says that Nebuchadnezzar “crossed the river to go against the Egyptian army which lay in Carchemish.”

The tell (mound) at Carchemish consists of a smaller high mound and a larger lower mound. Hazor, in Israel, would be a similar site. The first photo shows the higher mound which is immediately north of the Turkish border with Syria. The Turkish military is making use of the tell. On the left side of the tell, above the trees you will see a blue metal structure. That is the bridge crossing the Euphrates River. Part of the ancient city is now within Syria. On the right side of the photo above the lower trees you will see portions of ancient walls. 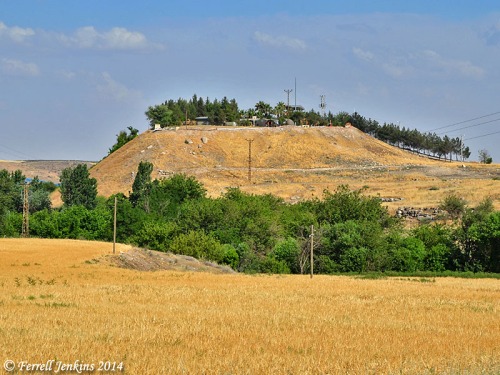 Carchemish is now used by the Turkish military. Photo by Ferrell Jenkins.

Professor Nicola Marchetti of Bologna University in Italy has been heading a new excavation on the lower tell. Last year Marchetti announced plans to build a new archaeological park at Karkamiş. Monday he made a new call for the opening of the park and a museum to display artifacts from the site.

He said establishing an archaeology park in the ancient city would draw many tourists to the region.

A few weeks ago we were able to get close to the ancient site, but was not able to visit the excavation. In the photo below you will see a military tank on top of the lower tell near the recent excavations. The high tell is immediately to the left. 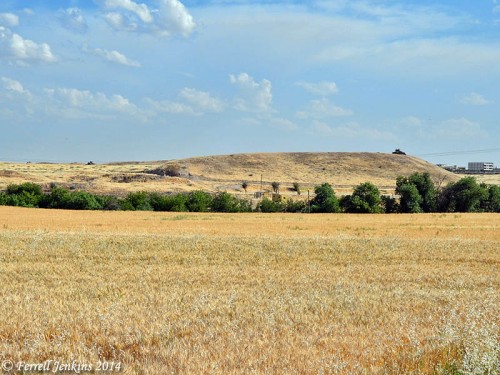