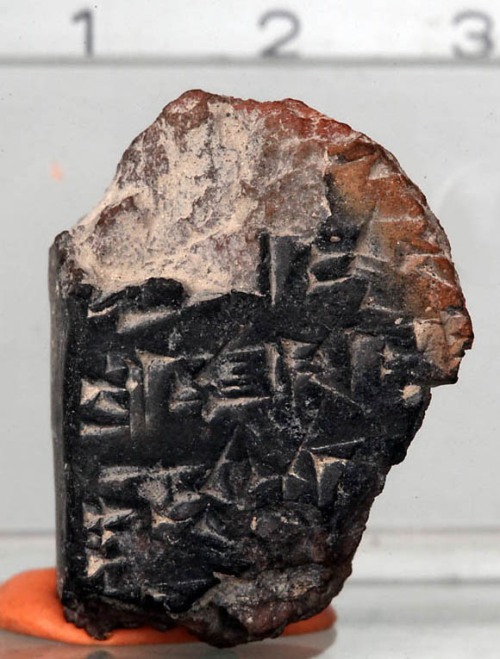 The fragment found at the Ophel is believed to be contemporary with the some 380 tablets discovered in the 19th century at Amarna in Egypt in the archives of Pharaoh Amenhotep IV (Akhenaten), who lived in the 14th century B.C.E. The archives include tablets sent to Akhenaten by the kings who were subservient to him in Canaan and Syria and include details about the complex relationships between them, covering many facets of governance and society. Among these tablets are six that are addressed from Abdi-Heba, the Canaanite ruler of Jerusalem. The tablet fragment in Jerusalem is most likely part of a message that would have been sent from the king of Jerusalem, possibly Abdi-Heba, back to Egypt, said Mazar.

Examination of the material of the fragment by Prof. Yuval Goren of Tel Aviv University, shows that it is from the soil of the Jerusalem area and not similar to materials from other areas, further testifying to the likelihood that it was part of a tablet from a royal archive in Jerusalem containing copies of tablets sent by the king of Jerusalem to Pharaoh Akhenaten in Egypt.

Mazar says this new discovery, providing solid evidence of the importance of Jerusalem during the Late Bronze Age (the second half of the second century B.C.E.), acts as a counterpoint to some who have used the lack of substantial archeological findings from that period until now to argue that Jerusalem was not a major center during that period. It also lends weight to the importance that accrued to the city in later times, leading up to its conquest by King David in the 10th century B.C.E., she said. 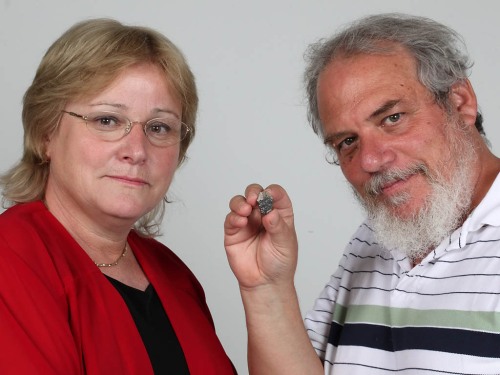 Note the statement of Dr. Mazar:

The tablet fragment in Jerusalem is most likely part of a message that would have been sent from the king of Jerusalem, possibly Abdi-Heba, back to Egypt, said Mazar.

Several blogs have pointed to the analysis by Professor Christopher Rollston. After an analysis of the fragment, Rollston suggests four possibilities regarding what “Jerusalem 1” could be:

Therefore, there are a number of possible options for this tablet.  And, thus, because there is such a dearth of actual preserved text on this tablet, I contend that it is best not to attempt to posit as probable this or that historical context, Sitz im Leben, or genre.  Ultimately, the fact of the matter is that it could be one of various things…e.g., an epistolary text, a legal text, an administrative text, a literary text.

You may read his reflections in their entirety here.