The nature reserve at Gamla has been severely damaged, according to a Haaretz report here.

Israel’s nature and parks authority believed the blaze was started by a military tank, whose metal tracks gave off sparks when moving over rocks.

Gamla is an impressive fortress east of the Sea of Galilee. It is not mentioned in the New Testament, but Jewish zealots were defeated here by the Roman army about A.D. 66. Josephus describes the site in vivid terms:

for it was located upon a rough ridge of a high mountain, with a kind of neck in the middle: where it begins to ascend, it lengthens itself, and declines as much downward before as behind, insomuch that it is like a camel in figure, from where it is so named, although the people of the country do not pronounce it accurately. Both on the side and the face there are abrupt parts divided from the rest, and ending in vast deep valleys; yet are the parts behind, where they are joined to the mountain, something easier of ascent than the other; but then the people belonging to the place have cut an oblique ditch there, and made that hard to be ascended also. On its slope, which is straight, houses are built, and those very thick and close to one another. The city also hangs so strangely, that it looks as if it would fall down upon itself, so sharp is it at the top. (Wars of the Jews 4:5-7)

A view of the site while reading the description by Josephus will probably be helpful. 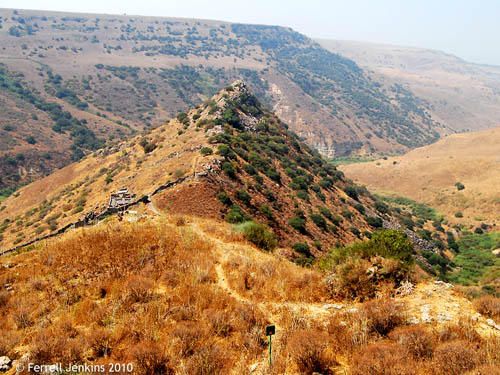 The photo below shows a canyon near the ancient site. From this concrete lookout tourists look for soaring eagles which are common in the reserve. 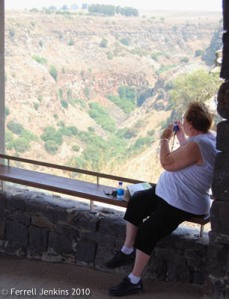 The photo below from Haaretz shows the same concrete observation building after the fire. Be sure to check the article to see more photos of the damage caused by the fire. 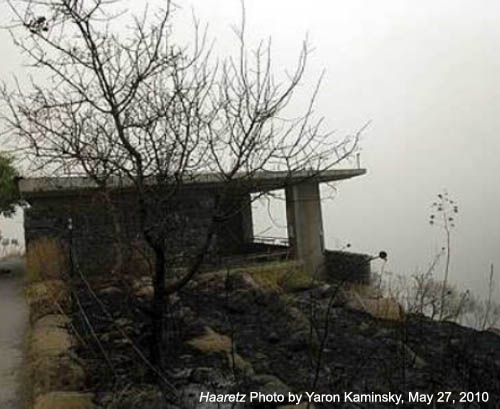 This photo will give you a good view of the area as we saw it from the lookout near the end of August, 2008. 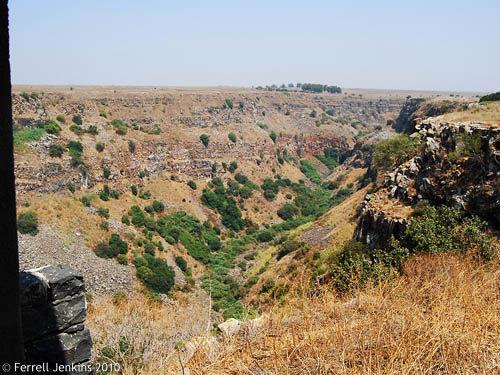 Back it up or lose it

Several years ago a friend who knew far more about computers than I did said to me, “It’s not if your hard drive will crash, it is when.” I have had at least two crashes, and my wife recently had one. As much as we depend on computers, we must realize that they are not eternal.

For the past few years I have been using Mozy as a backup provider. I suggest you take a look. You can start with a free 2 GB, or sign up for the unlimited home plan for $4.95 a month. This is a cheap price to pay for even one significant file. Click on the image below to learn more. I will make a small commission if you click from here or on the image.

I also use Dropbox, a service which allows me to synchronize files between computers. The Public folder, which allows the easy sharing of photos and other files, is also useful. A friend tells me that he has Dropbox on three computers (office, home, and laptop) so that all files stay up to date. By clicking from here you will get 2 GB free and a 250 MG bonus. 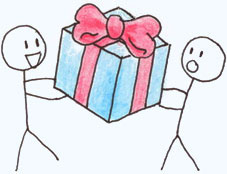 You have been warned!