North of the Sea of Galilee

Today we visited several sites north of the Sea of Galilee. The first stop was at Hazor. Among the things of interest in the excavations is the water system dating back to the time of Ahab, king of Israel (874/3– 853 B.C.) This system was found in 1969. Every ancient city had to have strong walls, a store of food, and water. Sometimes this problem required ingenious solutions. 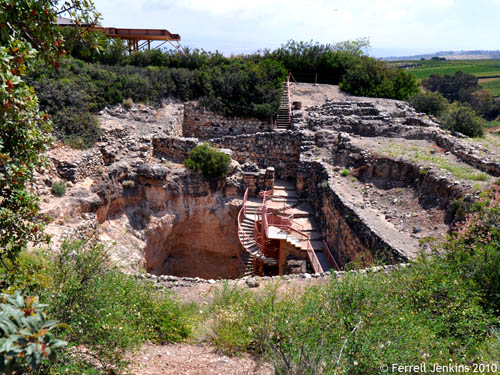 After Hazor we continued north to Caesarea Philippi and Dan. Then we returned to Tiberias through the Golan Heights and the eastern side of the Sea of Galilee.

When we reached the Sea of Galilee we made a stop at the Jordan River to make some photos. Here is one of the photos of the river at that point. 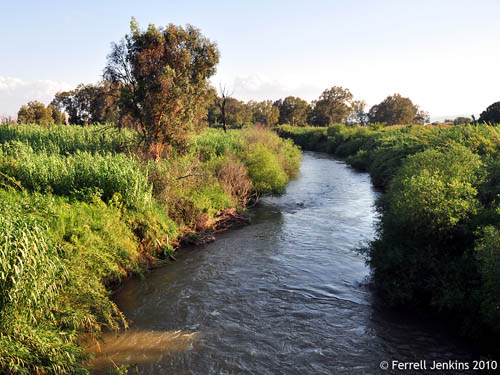 Jordan River north of the Sea of Galilee. Photo by Ferrell Jenkins.

Fellow Bloggers. Several of my fellow travelers are writing blogs about the tour. Each one has a special purpose in writing. Several times I have mentioned Journeys With Jane. Jane writes for her grandchildren and her friends back home.

Tabatha is a young mother who is writing for her children and friends. She writes under the title Time With Tabatha. I see that she conned her husband into writing today.

Sharon is a young professional who writes under the title Picture This. The pictures are good.

James is a young man who is writing for his friends under the title TheJamesMiller.

Each of these writes interesting, human interest things that I do not address. Take a look. There may be others, but they haven’t told me.