This morning we visiting Stirling Castle and its lovely gardens. The castle was home to most of the King Jameses. The castle looks down upon Bannockburn, Scotland’s proudest battleground where, in 1314, Robert the Bruce secured Scotland’s independence when he defeated the English. The photo below illustrates that the castle rises high above the plain and served as a suitable place for a fortress. 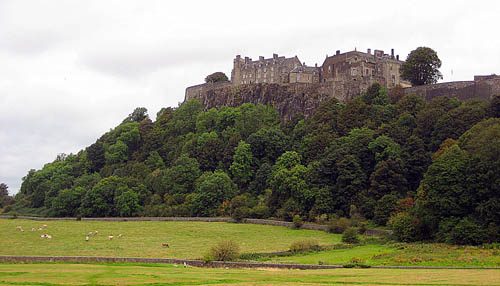 From Stirling Castle we are able to see the William Wallace monument at Abbey Craig. This monument recalls Wallace’s defeat of the English at Stirling Bridge in 1397. 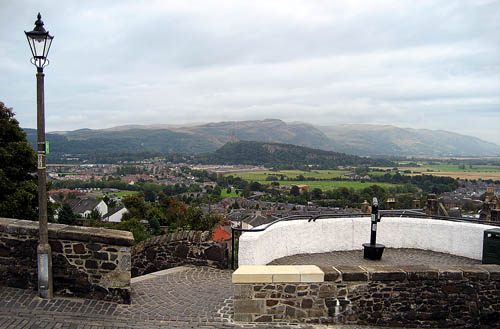 We stopped for lunch on the shore of Loch Lomond. Today we had some nice periods of sunshine, as this photo shows. 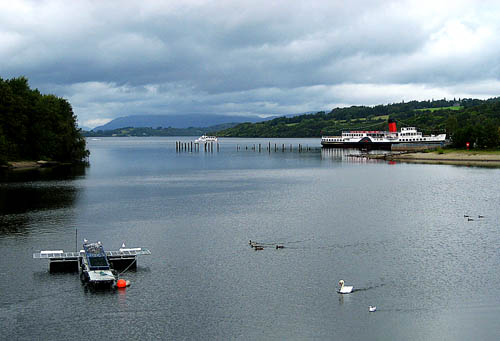 In the afternoon we made a short stop in the tiny town of Inveraray. Elizabeth and I had out photo made with a bagpiper. 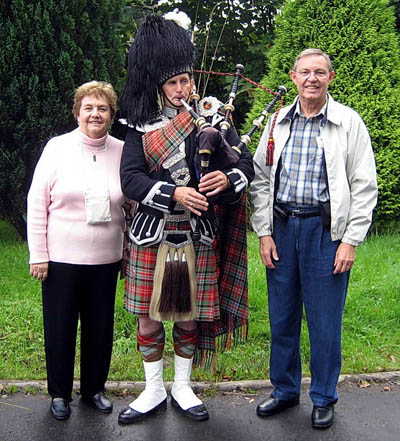 Tonight we are staying at Oban, a seaport on the firth of Lorn. This small city is called the Gateway to the Isles.