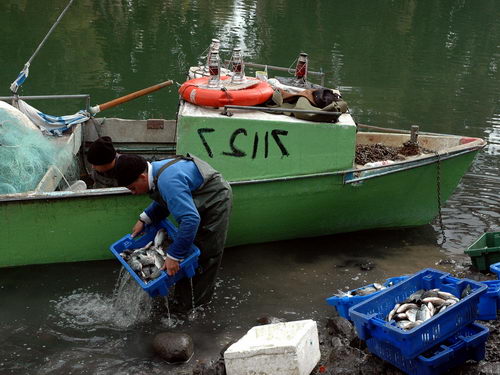 Fishermen on the Sea of Galilee bringing in the catch. Photo by Ferrell Jenkins.

This reminds us of the call Jesus gave to the disciples one day in ancient Galilee.

Now as Jesus was walking by the Sea of Galilee, He saw two brothers, Simon who was called Peter, and Andrew his brother, casting a net into the sea; for they were fishermen. And He said to them, “Follow Me, and I will make you fishers of men. Immediately they left their nets and followed Him.” (Matthew 4:18-20 NAS)