During his second journey, while at Troas, Paul saw a vision of a man of Macedonia. Luke gives the following record of the vision and of the subsequent action of the apostle.

A vision appeared to Paul in the night: a man of Macedonia was standing and appealing to him, and saying, “Come over to Macedonia and help us.” When he had seen the vision, immediately we sought to go into Macedonia, concluding that God had called us to preach the gospel to them. (Acts 16:9-10)

Paul and his companions, including Luke, landed at Neapolis (modern Kavalla). The text indicates that the real goal of their mission was to reach the Roman colony of Philippi. Someone has commented that it is often the case that preachers have a call from a man to come preach somewhere. When they arrive they find mostly women. Paul found Lydia of Thyatira. She was a seller of purple. Whether the cloth or the dye, we are not told. She was the first convert on European soil. We make much of the fact that this was the first preaching in Europe. At the time the most important thing is that it was the first preaching in the Roman province of Macedonia (now northern Greece). Here is a photo of the modern port at Kavalla. 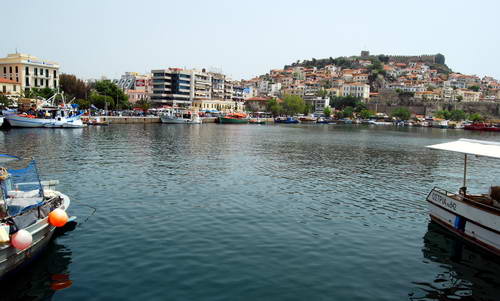 Luke’s account of the first convert in the city is recorded in Acts 16.

And on the Sabbath day we went outside the gate to a riverside, where we were supposing that there would be a place of prayer; and we sat down and began speaking to the women who had assembled. A woman named Lydia, from the city of Thyatira, a seller of purple fabrics, a worshiper of God, was listening; and the Lord opened her heart to respond to the things spoken by Paul. And when she and her household had been baptized, she urged us, saying, “If you have judged me to be faithful to the Lord, come into my house and stay.” And she prevailed upon us. (Acts 16:13-15)

The river Ganga (some say Gangites) is a short distance north of the Agora of Philippi (IDB, III.787). This must be the river under consideration in the biblical account. Here is a photo of the river that I made yesterday. 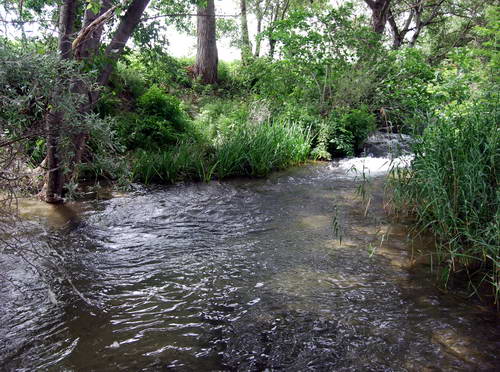 Now when they had traveled through Amphipolis and Apollonia, they came to Thessalonica, where there was a synagogue of the Jews. (Acts 17:1)

Today we plan to visit some important sites in Thessalonica.