This is a modern view of Tall al Ful (formerly called Tell el-Ful) from the west side town of Pisgat Ze’ev Mizrah. Notice the structure on top of the mound. Explanation below.

It is not uncommon in the Palestinian territory for houses to be built along the slopes of a tell if not the top. See this next picture as an example of the encroachment. 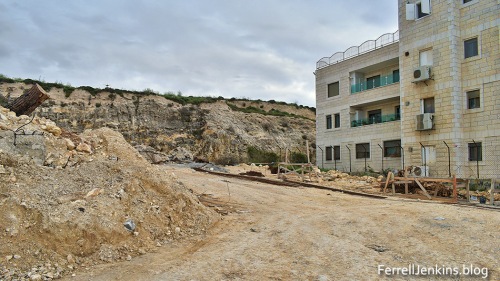 Construction underway that encroaches on the mound of ancient Gibeah. Photo by Ferrell Jenkins. 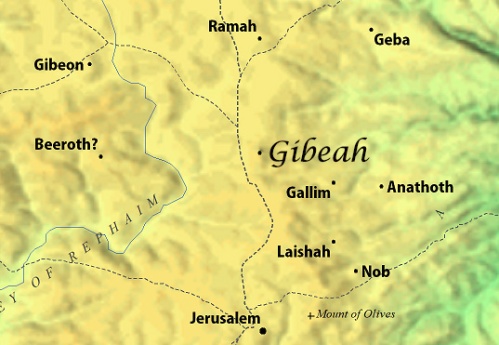 Gibeah of Saul in the territory of the tribe of Benjamin. Made with BibleMapper 5.

Gibeah was located about three miles north of Jerusalem on a main road leading north at an elevation of more than 2700 feet, about 300 feet higher than Jerusalem. It was a city of the tribe of Benjamin (1 Samuel 14:16) and is presently called Tal al-Ful (hill of beans) by the Arabs. William F. Albright excavated Gibeah during 1922 and 1933. From the time of King Saul, in the second half of the 11th century B.C., Albright found “a corner tower and part of the adjacent wall” (Albright, The Archaeology of Palestine, p. 120). The southwest tower of the fortress had three rooms and the indication was that the whole structure was at least two stories high. Some modern scholars have called this identification in question.

King Hussein of Jordan was in the process of building a palace on top of this impressive mound when Israel occupied the territory in June, 1967. The unfinished structure can still be seen. 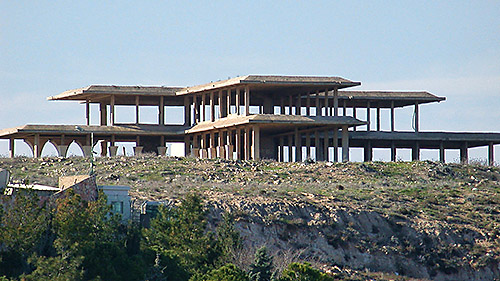 And finally, here is another view made from Pisgat Ze’ev. 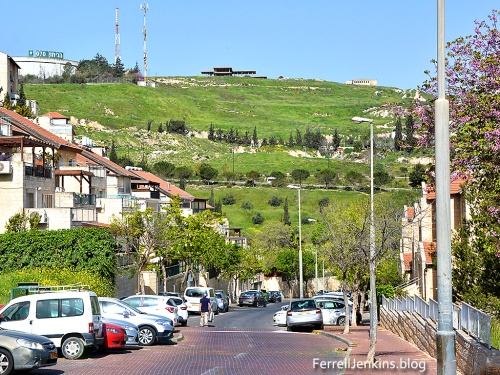 Gibeah (Tall al-Ful) View from Pisgat Ze’ev to the east of the mound. Photo by Ferrell Jenkins.

2 responses to “Gibeah of Saul”