After almost 70 years, still searching for scrolls in the Judean Desert Caves

The Dead Sea Scrolls were discovered in caves along the western shore of the Dead Sea in 1947. In the years that followed, documents from the time of Bar Kochba’s revolt (A.D. 135) were discovered. At least some of the biblical texts and those from the second century A.D. can be seen at the Shrine of the Book in Jerusalem.

Time has not caused robbers to stop searching for materials in the Judean caves – not just at Qumran, but all along the eastern edge of the Judean Desert. Israel has been cracking down on the dealers in antiquities that fill the Old City of Jerusalem and other places. Recently the document below was seized in a joint operation by the Unit for the Prevention of Antiquities Robbery and the Israel Police. It dates to Year Four of the Destruction of the House of Israel (A.D. 139). We think of the Bar Kochba Revolt as reaching it’s culmination in A.D. 135. The Anchor Yale Bible Dictionary entry by Isaac and Oppenheimer says,

The rebels were united under the leadership of one man: Simeon Bar Kokhba. The revolt resulted in the emergence of a short-lived independent state marked by the organization of local authorities, the issue of coinage, and the leasing of state land. 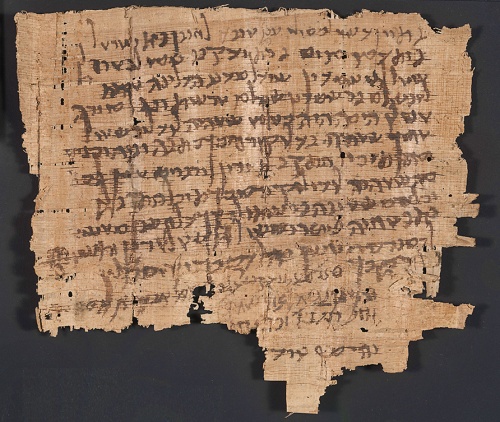 The ancient text that dates to the Year Four of the Destruction of the House of Israel (139 CE), which was seized in a joint operation by the Unit for the Prevention of Antiquities Robbery and the Israel Police. Photographic credit: Shai Halevi, courtesy of the Leon Levy Digital Library, Israel Antiquities Authority.

“We plan on saving our most important heritage and cultural assets which have been plundered for years.”

I prepared some of the photos provided by the Israel Antiquities Authority last evening, but did not have time to work on the post. This morning I see that Todd Bolen, Bible Places, has posted info. I decided to go ahead with this post for the 5 people who don’t read the Bible Places Blog and include different photos that others might enjoy and find useful. 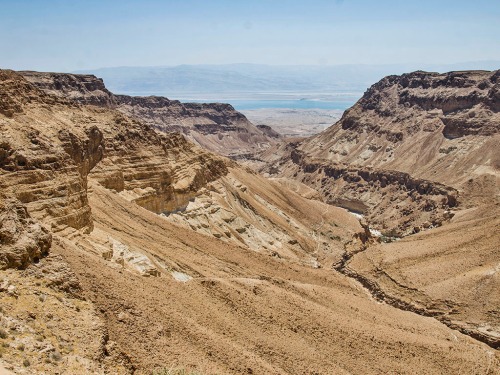 The climb up (or down) to the cave is difficult. 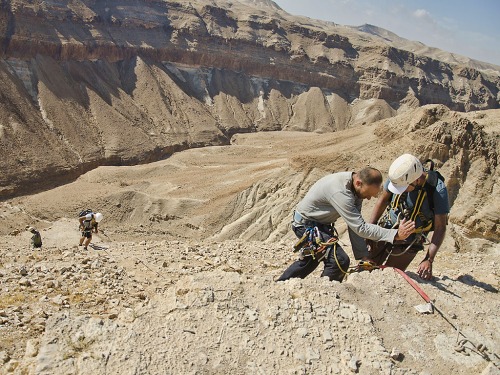 Access to the cave is complicated and for safety’s sake requires the use of rappelling equipment. Photographic credit: Yoli Shwartz, courtesy of the Israel Antiquities Authority.

Volunteers sift the dusty soil in hopes of finding some little scrap of a document or some other valuable item. 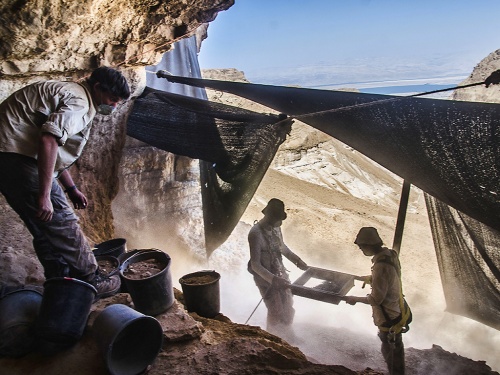 The IAA release included a video with the narration in Hebrew. Bolen calls attention to a brief video with English explanation at Arutz Sheva here.

Some archaeological projects keep their best stuff hidden away for decades. A word of thanks to the IAA for making material like this available to a wider audience.

4 responses to “After almost 70 years, still searching for scrolls in the Judean Desert Caves”