Memphis is said to have been founded as early as 3000 B.C. At times it was among the greatest cities of the world. The prophet Ezekiel foretold the fall of Memphis and of Egypt as a world power.

This is what the sovereign LORD says: I will destroy the idols, and put an end to the gods of Memphis. There will no longer be a prince from the land of Egypt; so I will make the land of Egypt fearful. (Ezekiel 30:13 NET)

I wish to share a typical picture of native life in Memphis today. 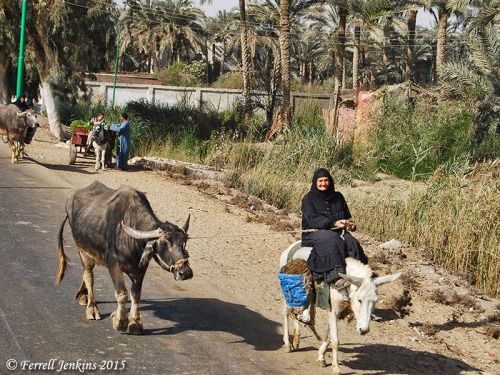 A typical scene from Memphis, Egypt. Photo by Ferrell Jenkins.