Toward the end of Isaiah 28 several agricultural illustrations are used. Notice the references to the threshing sledge in verses 27 and 28.

Dill is not threshed with a threshing sledge, nor is a cart wheel rolled over cumin, but dill is beaten out with a stick, and cumin with a rod. Does one crush grain for bread? No, he does not thresh it forever; when he drives his cart wheel over it with his horses, he does not crush it. (Isaiah 28:27-28 ESV)

Threshing sledge with most of cutting stones gone. Photo by Ferrell Jenkins.

The next photo shows another sledge with many of the stones still in place. Every time the sledge went over the grain the pieces became smaller. 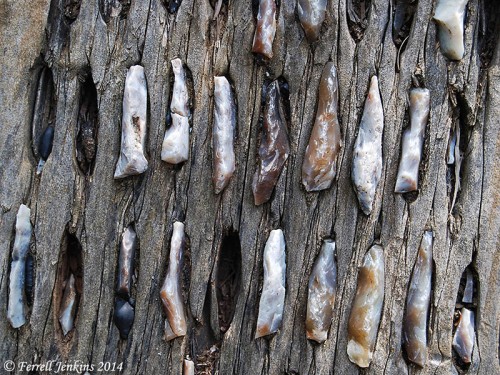 A threshing sledge with many of the cutting stones in place. Photo by Ferrell Jenkins.

The entire process of threshing, winnowing, and sifting, is shown in the art by Balage at Archaeology Illustrated. 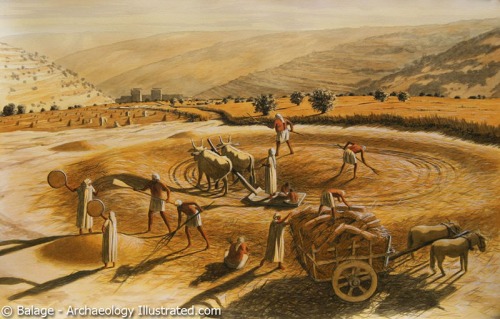