The judgment upon Israel will become severe before the redemption comes. Here is one illustration of the bad conditions.

For the fortified city is solitary, a habitation deserted and forsaken, like the wilderness; there the calf grazes; there it lies down and strips its branches. When its boughs are dry, they are broken; women come and make a fire of them. For this is a people without discernment; therefore he who made them will not have compassion on them; he who formed them will show them no favor. (Isaiah 27:10-11 ESV)

Our photos were made at Haran, the home of Abraham and his family before they departed for the promised land (Genesis 11:31 – 12:5). Haran is a few miles north of the Syrian border in Southeastern Turkey. The beehive mud houses have been in use here for several hundred years. The first photo shows a woman bringing in dry branches to her house to use for building fires. 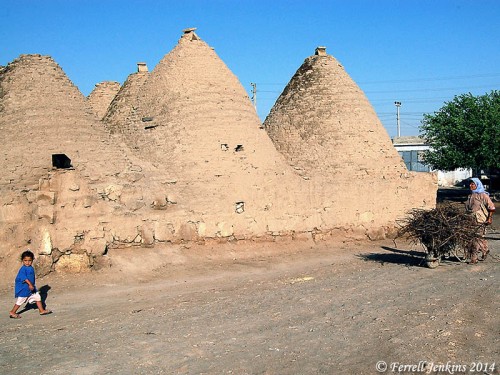 And the photo here shows a large supply of dried boughs and a large stack of dung cakes which will be used to make fires for cooking and heating. 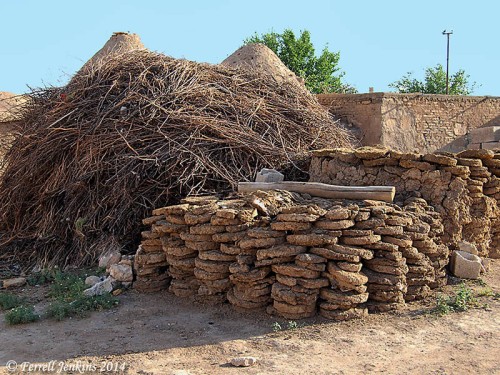