Ancient burial places create serious problems for archaeologists. Ultra-Orthodox Jews often create a scene at digs when they know or suspect that there may be Jewish tombs in the area.

The cemeteries of the Holy Land have become a ground for religious and political skirmishes. Leen Ritmeyer reported on fake Arab tombs near the Temple Mount here.

Muslim tombs have been on the eastern wall of the Old City for a long time. This photo was made looking south from outside the Lion’s Gate (or St. Stephens’ Gate). Perhaps every reader knows that this is across the Kidron Valley from the Mount of Olives which we mentioned in the previous post. 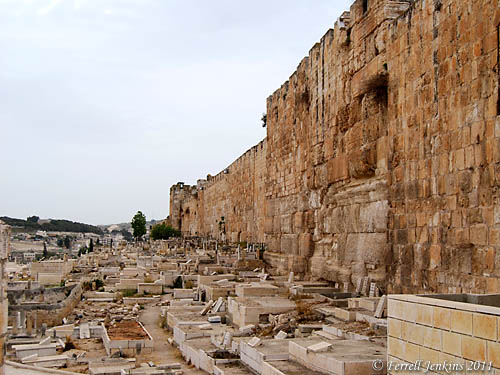 Muslim Cemetery along the Eastern Wall of the Old City of Jerusalem near Lion's Gate. Photo by Ferrell Jenkins.

In early February I noticed a large number of new tombstones with Arabic inscriptions in a small plot above the Pool of Siloam. Suspicious, to say the least. 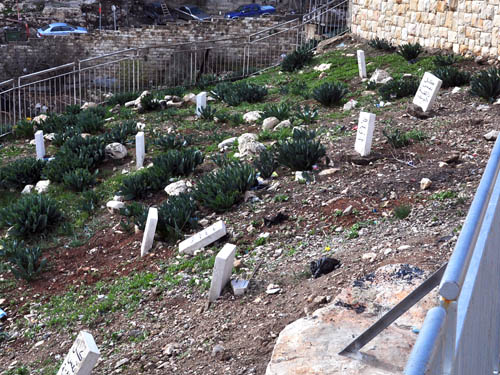 New Tombstones above the Pool of Siloam. Photo by Ferrell Jenkins.

Later, if not sooner, all of these matters will become obvious.