Ask for the ancient path

The Bible, both Old Testament and New Testament, makes it clear that God’s people often depart from God’s way. There are numerous exhortation for His people who walk in the old paths.

This scene showing two paths at the site of biblical Shiloh reminded me of the Lord’s plea through the prophet Jeremiah in the days of the Babylonian threat against Jerusalem and Judah. The tabernacle was located at Shiloh for many years after Israel entered the land of Canaan. I was just reading the first few chapters of 1 Samuel that tell of Samuel living there during his early years. 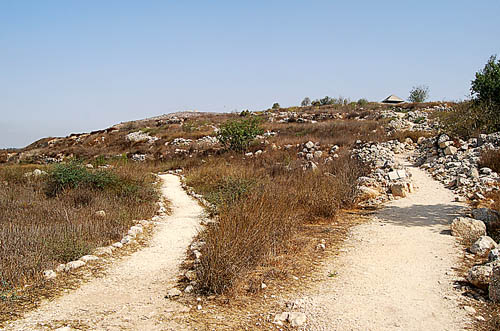 Thus says the LORD: “Stand by the roads, and look, and ask for the ancient paths, where the good way is; and walk in it, and find rest for your souls. But they said, ‘We will not walk in it.’ (Jeremiah 6:16)

To ask for the ancient path means to respect the revealed word of the Lord and follow it. This thought is similar to the teaching of Jesus in the Sermon on the Mount (Matthew 7:13-14).