Claudius was the emperor of Rome from A.D. 41-54. This was a time when the message of Christ was spreading across the Roman Empire beginning from Jerusalem (Acts 1:8; 9:15). Much of the ministry of Paul took place during this period.

Claudius is mentioned twice in the Book of Acts. 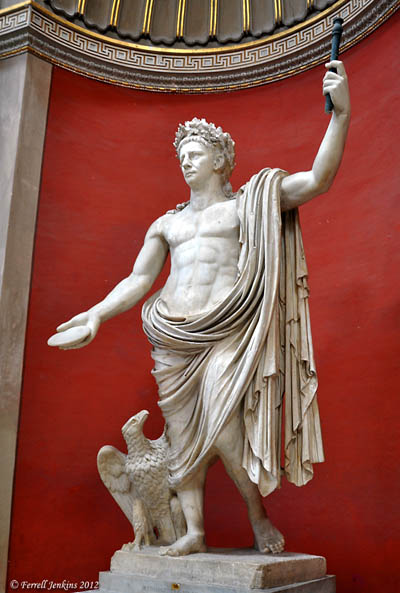 Emperor Claudius (41-54 A.D.), shown as Jupiter, wearing the civil crown of oak leaves and with the eagle at his feet. Found at Lanuvio, Italy, in 1865.Vatican Museum. Photo by Ferrell Jenkins.

The beautiful sculpture of Claudius is now displayed in the Vatican Museum.