A crown of thorns and a reed

Sunday I was reading this text from Matthew prior to the Communion/Lord’s Supper.

And they stripped him and put a scarlet robe on him, and twisting together a crown of thorns, they put it on his head and put a reed in his right hand. And kneeling before him, they mocked him, saying, “Hail, King of the Jews!” And they spit on him and took the reed and struck him on the head. (Matthew 27:28-30 ESV)

Immediately I thought about sharing photos of the “thorns” his tormentors put on the head of Jesus and the “reed” they put in his right hand.

There are several possible plants growing in Israel that would be suitable for a crown of thorns. The United Bible Societies Fauna and Flora of the Bible has this comment.

Bible readers and commentators have naturally always been eager to identify the plant from which the crown of thorns was plaited by the soldiers. Zizyphus has been suggested from the time of Linnaeus, who added the name ‘spina Christi’ to it. The difficulty, however, is that this does not grow in the region where the event took place. Modern botanists sometimes suggest Poterium spinosum, which forms a mass of vegetation all over the country. It grows leaves twice a year, and has small red flowers. The thorns are numerous and cover the bush completely. (p. 185)

The photo below shows the ziziphus spina-christi growing at Gamla in Galilee. 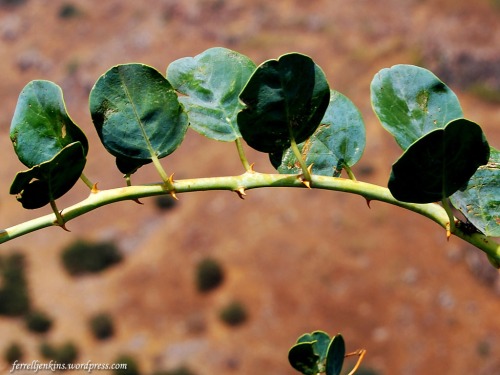 I think the following photo made at Neot Kedumim shows the Thorny burnet (Poterium spinosum).  You can see several examples, some in bloom, in the Pictorial Library of Bible Lands, Vol. 16 (Trees, Plants and Flowers).

Here is a drawing from UBS’s 1000 Bible Images. I have observed several thorn plants with long spikes such as these. 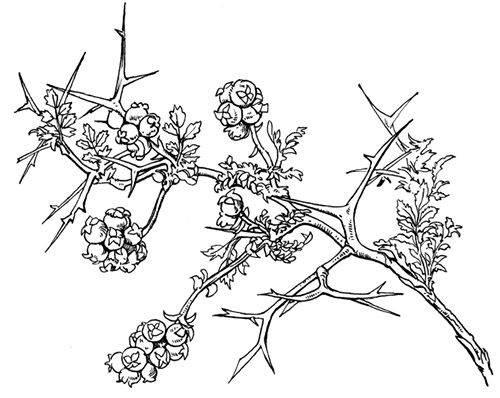 Reeds grow commonly around streams and in marshy areas. Reeds can be seen in abundance along the banks of the Jordan River at Qasr el-Yahud, the traditional site of the baptism of Jesus (Matthew 3:13-17).

Reeds growing on the banks of the Jordan River. Photo by Ferrell Jenkins.

The final photo is a close-up of reeds growing in a marshy area near Omrit in the northern Hula Valley. 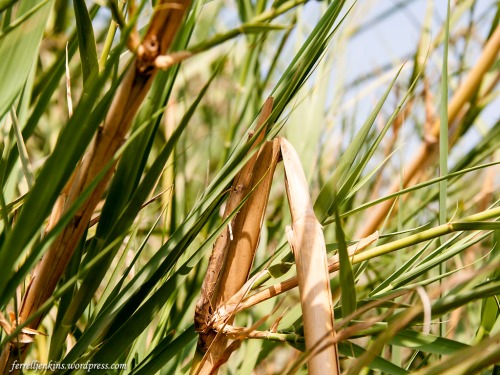 Reeds growing in a marshy area near Omrit in northern Israel. Photo by Ferrell Jenkins.

3 responses to “A crown of thorns and a reed”