Books for self and others # 2 – four from Carta Jerusalem

Recently I received two packages of books from Shay Hausman, president & CEO of Carta Jerusalem. Each package included two books I needed or wanted. Far back I have called attention to some of the excellent Carta publications. I will make a list to those posts at the bottom of this one.

R. Steven Notley wrote the New Testament portion of The Sacred Bridge, an excellent book too comprehensive and expensive for the average non-trained Bible student. The material was published in an abridged edition without all of the scholarly notes in a work entitled Carta’s New Century Handbook and Atlas of the Bible.

Now Carta has published some of the New Testament material is a new format. This book by R. Steven Notley is entitled In the Master’s Steps: The Gospels in the Land (The Carta New Testament Atlas)

. The book of 9 chapters plus preface and index covers the ministry of Jesus from His Birth to the Resurrection and Ascension. It has lavish drawings, photos, and maps to assist the Bible student. And it has print large enough for older readers to enjoy. (Just ask me!) Those who have visited the proposed site of Bethsaida may already know that Notley has taken exception to the identification of the site of et-Tell with the home of Peter, Andrew, and Philip (John 1:44). In this new work you will be able to examine his evidence and draw your own conclusions.  I am pleased to recommend this excellent paperback.

Notley, In the Master’s Steps: The Gospels in the Land.

The second new book by R. Steven Notley is Jerusalem: City of the Great King

. This book of 112 pages has 10 chapters. The work begins with the Pre-Herodian History and develops the history of the city with the greater portion of the material being devoted to Jerusalem at the time of Christ. A short section that caught my attention deals with “The Myth of an Essene Quarter.”

I saw Prof. Notley browsing the book exhibits at the Society of Biblical Literature meeting in Atlanta a few weeks ago. Having met him at a previous annual meeting I spoke. He pulled a copy of this next book from his briefcase and showed it to me. When I asked if this was mostly the content of the larger atlas he said that they were criticized for not including enough material on Jerusalem. This book, he said, was to remedy that situation. He stated that there are more books to come.

This book is a good one for most anyone studying portions of the Bible with their setting in Jerusalem. It is especially helpful for those studying the ministry of Jesus.

The next book is smaller, being only 40 pages. Understanding the Boat from the Time of Jesus: Galilean Seafaring

is written by Shelley Wachsmann. Those who have seen the Roman-era boat uncovered from the Sea of Galilee in 1986 will revel in the story told by Wachsmann who directed the excavation of the 2000 year old fishing boat. The story of this discovery, the excavation, and preparation of this boat for display at Nof Ginnosar is a fascinating one.

Understanding the Boat from the Time of Jesus 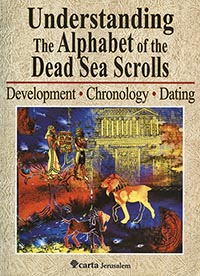 The final of these four books is Understanding the Alphabet of the Dead Sea Scrolls by Ada Yardeni. This is a valuable book for those interested in the Dead Sea Scrolls, the Hebrew Bible, and the Hebrew language. It occurs to me that anyone involved in calligraphy might find the book interesting. The book is filled with illustrations showing how to draw the alphabet of various scrolls and inscriptions.

Carta’s New Century Handbook and Atlas of the Bible

The links I have provided go to Amazon. The books are not as easily located in the United States as some other books, but you may be able to locate them elsewhere. 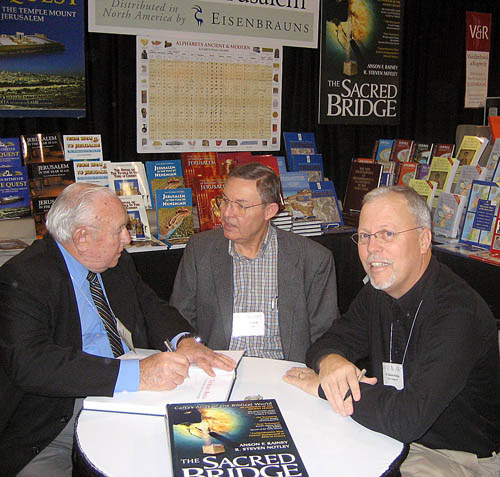 As mentioned above, these books were sent to me by the publisher. The comments represent my own opinion. Books purchased from Amazon through these links will net me a few cents per book. Nothing I think of as substantial. Happy reading.