When is a gate not a gate? Rethinking the Lachish discovery

Last Monday, following material posted by Luke Chandler, I posted a blog here with this heading: “Have new gates been discovered at Lachish?”

Yesterday Luke posted a clarification here that was sent to him by the Fourth Lachish Expedition director Yossi Garfinkel. Garfinkel suggests that the new architectural features discovered at Lachish probably should not be called “gates.” He says there are no chambers on both sides of the opening. He says, “so we might have simple openings in the city wall rather than official gates.” The first opening had already been noted by Olga Tufnell after the first expedition at Lachish by Starkey. Tufnell said it was a “blocked Iron Age” gate. Garfinkel thinks it “is probably a Middle Bronze blocked gate.”

Prof. Garfinkel says the second opening found this year is “dated to Level I (Persian) and Level II (586 BC destruction), so this opening is not ‘Early Iron Age’ as [Chandler] wrote.”

This illustrates one of the reasons archaeologists often withhold their findings from the public until they can be more certain about what they have, and even then they point out that the findings are preliminary.

I have dabbled in archaeology enough through personal study, participation at Lachish in 1981, and attendance at the annual meetings of the professional societies fairly regularly for the past 40 years, to know that interpretations change from day-to-day, and season-to-season. Patience is recommended. 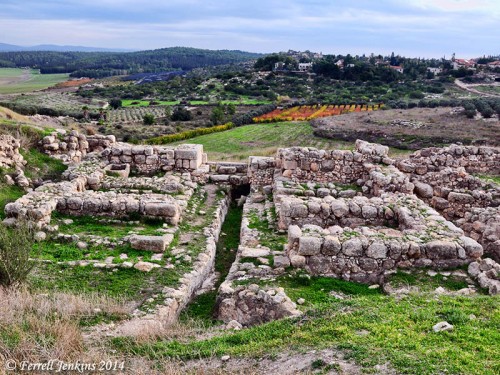