Antioch was founded on the Orontes River by Seleucus I Nicator in 300 B.C. The city is about 18 miles from the sea and is the most famous of 16 Antiochs built by Seleucus and named for his father Antiochus. Four of these cities are mentioned in the New Testament (Antioch of Syria, Pisidian Antioch, Seleucia, and Laodicea). Antioch continues today as Antakya, Turkey, with a population of more than 200,000. 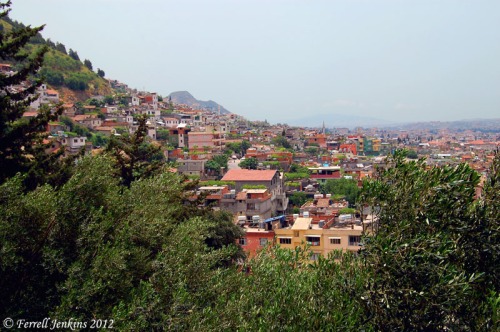 The Romans came in 64 B.C. and put an end to Seleucid rule. Antioch became the capital of the new province of Syria. It became the third greatest city of the Roman empire after Rome and Alexandria. Some have estimated that in New Testament times the population of the city neared a half million. Even Herod the Great assisted Augustus and Tiberias in beautifying the city. 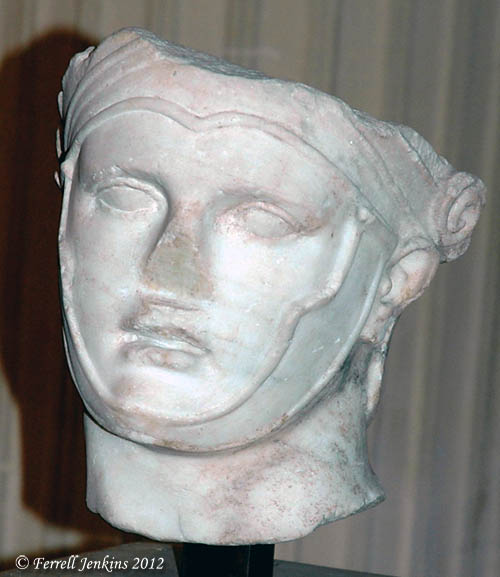 Seleucus I Nicator, King of Syria (358-280 B.C.). Seleucus was the founder of Antioch. Displayed in the Louvre. Photo by Ferrell Jenkins.

After Jerusalem, Antioch was the second great center of Christianity in New Testament times. When the disciples were scattered from Jerusalem after the stoning of Stephen, some came to Antioch from Cyprus and Cyrene (area of modern Lybia) and preached to Greeks as well as Jews (Acts 11:19-21). Nicolas, a proselyte of Antioch, had been one of the seven chosen to serve in Jerusalem (Acts 6:5). When the church at Jerusalem, some 300 miles away, heard of the new work they sent Barnabas. When the work became too much for him he left for Tarsus to look for Saul. The two of them labored at Antioch for a whole year and the disciples of Christ were called Christians first at Antioch (Acts 11:22-26).