The Antikythera Shipwreck and “Danger at sea”

The Antikythera Shipwreck is a special exhibition at the Athens (Greece) National Museum which is scheduled to run from April 2012 to April 2013.

The shipwreck off the eastern coast of Antikythera is dated to 60-50 BC, a period during which maritime trade and transportation of works of Greek art from the Eastern Mediterranean to Italy flourished. Its cargo dates from the 4th to the 1st century BC. The ship was a freighter of about 300 tons capacity and was sailings towards Italy.

We had visited Thera (aka Santorini) during our Aegean cruise. Antikythera (“opposite Kythera”) is a Greek island between Crete and the Peloponnese (where Corinth is located).

The statue below is made of Parian marble. Scholars in the field suggest that this is possibly Achilles. Being on the bottom of the Aegean Sea for centuries shows its effects on the statue. 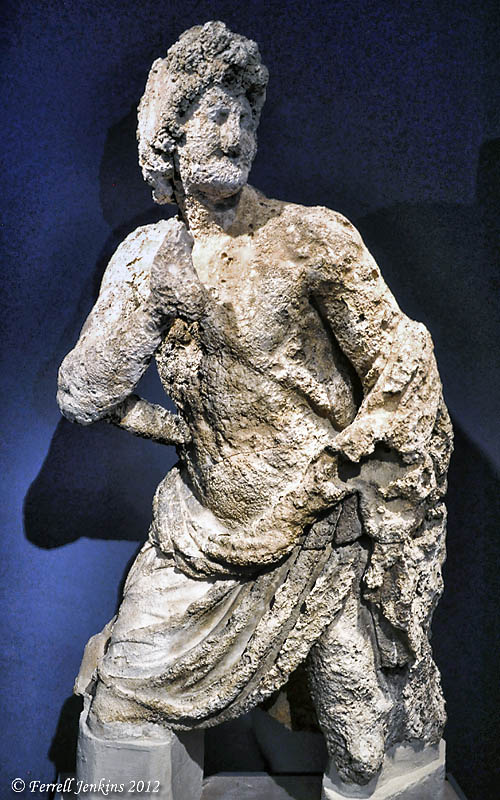 Numerous bronze pieces are displayed. The bust below is part of a portrait statue known as “The Antikythera Philosopher.” The head, hands, feet, and pieces of the himation were recovered and are displayed. This piece of art is said to date to about 230 B.C. 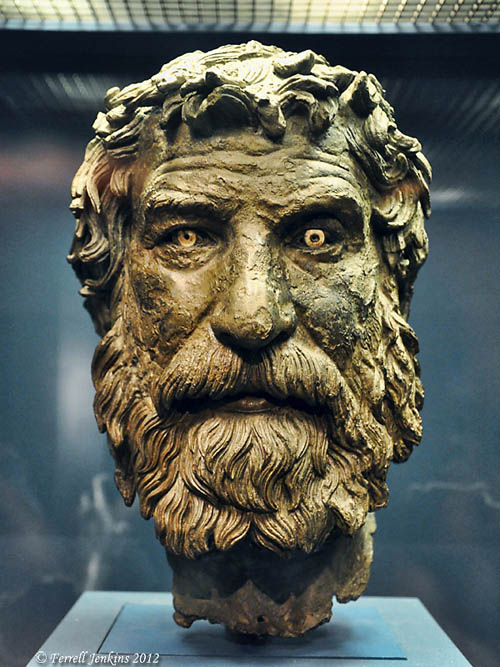 We typically think of ships from the Roman period, and earlier, staying near the shore. This was certainly true of many of the sea journeys of the Apostle Paul (Acts 20:5, 13-16 27:5-7).

Greek archaeologists announce here the discovery of two Roman-era shipwrecks in water nearly a mile deep. Sailing to Italy required leaving the safety of the nearby shore for deep waters. Such was true of Paul’s journey to Rome after leaving Crete (Acts 27).

At least some of the ships used by Paul seem to have been grain ships (Acts 27:38), but there may have been other cargo on some of them.

If you visit Athens between now and April 2013, be sure to take some time for The Antikythera Shipwreck.

3 responses to “The Antikythera Shipwreck and “Danger at sea””