Measuring the river and your taxes

We have often heard the adaptation of Herodotus’ statement that Egypt is the gift of the Nile. The flooding of the Nile in ancient times was the key to the prosperity of the Nile Valley.

All along the Nile there are still examples of the Nile-o-meters that were used to measure the flooding. The higher the flood water, the more taxes that would be paid into the temple coffers.

In the photo below we see the meter on the Nile at Elephantine Island at Aswan. At a later time I will try to put together a short presentation of a few of the approximately 80 photos I made here yesterday. 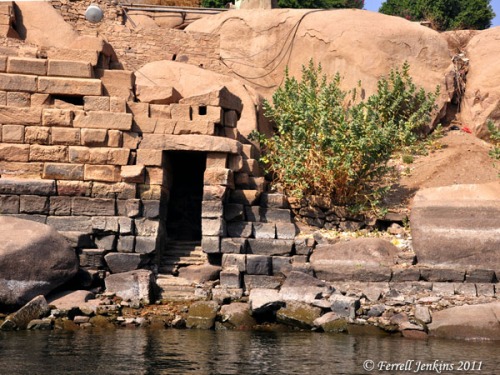 Nile-o-meter on Elephantine-Island from the Nile. Photo by Ferrell Jenkins.