We left Adana and traveled along the beautiful Tuquoise Coast passing Mersin, Pompeipolis, Corycos and Silifke. The Mediterrenean coast is the real fruit bowl of Turkey. At Silifke we headed north and drove through another of the important passes in the Taurus Mountain highest point was about 5000 feet above sea level. We saw some Cedars of Lebanon growing in the area. That is about the same altitude of the great Cedars in Lebanon. Near Karaman we stopped for a lunch break. The ladies of the group posed under an image of one of Turkey’s famous folk musicians from the area. 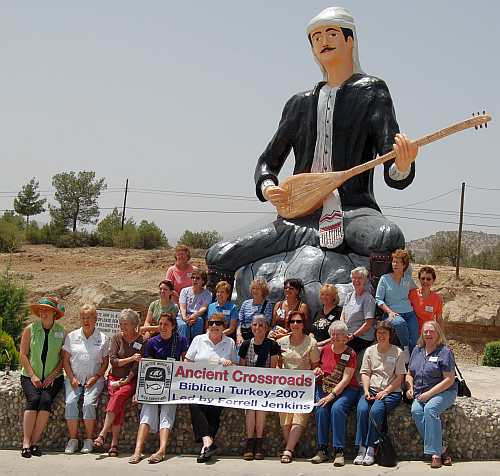 We visited the tell of Derbe (Kerti Huyuk; Acts 14:20-21; 16:1; 20:4). We made a short stop at the Museum in Karaman to see one of the inscriptions which helped to identify the site of Derbe. After that we headed for the mound of Lystra (Zordula) of Lycaonia near the village of Hatunsaray. It was here that the priest of Zeus wanted to offer a sacrifice to Paul and Barnabas (Acts 14:6-20). This was the home of Lois, Eunice, and young Timothy (Acts 16:1-4). These cities were in the province of Galatia (Gal. 1:2) in New Testament times. Both Derbe and Lystra await the archaeological spade.

Along the way we saw a large flock of goats (several hundred) and some camels grazing in a field. The nomad family, consisting of a mother and three or four girls, had brought the animals from the Coast over a two month period. The young lady watching the camels did not know her age. She might have been between 14 and 16 told our guide they would go back “when the first snow flakes fall.” This was a good reminder of Patriarchal days of the Bible. 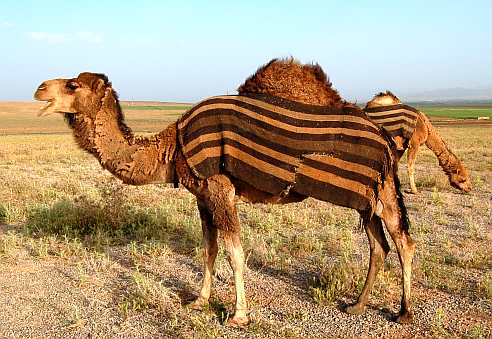 Thursday we plan to visit the archaeological museum in Iconium (Konya) and Pisidian Antioch before heading for Antalya (Attalia of the New Testament).