If you would like to see a hi-res photo that I made of Abel Beth Maacah, take a look at the announcement (here) of the new excavation scheduled for this summer.

My recent posts about the important site in northern Israel may be seen here and here.

I suppose my name is just too hard to spell. 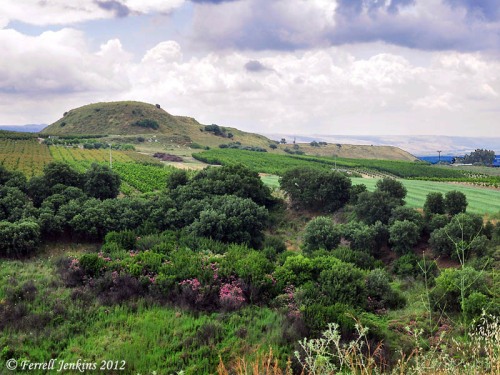 Someone unknown to me has copied numerous of my posts and posted them at their own site here.

I am delighted for others to use my material with a credit line, but this source includes no indication of the source of the material. It cost me many thousands of dollars to obtain the photos that I use on this page. Gaining permission to use material is not that difficult, and a credit line is certainly required.

He who steals must steal no longer; but rather he must labor, performing with his own hands what is good, so that he will have something to share with one who has need. (Ephesians 4:28 NAU)

I knew that the person back of the actions mentioned above had done something unethical (sinful, according to the Hebrew Bible and the New Testament). I knew they were in violation of copyright law. After doing a little check, I learned that the practice is an infringement of the agreement made with WordPress, and a violation of the DMCA (Digital Millennium Copyright Act).

After checking the archives of the web site, I learned that this practice has been going on since December, 2009. The owner has used my photos with the same or similar captions, but has removed “Photo by Ferrell Jenkins” or other credits that I included. Outrageous, isn’t it?

Update (March 29, 2010): In response to my letter stating that my material had been plagiarized, WordPress has notified me that the offending web site “has been removed.” Thank you, WordPress. You are a great service.

Update # 2 (March 29, 2010): Soon after the single post that I reported to WordPress was taken down, others were moved to the top of the blog. Later, I reported 40 of my blogs that were copied. Late this afternoon I received this note: “The entire blog has now been removed, as per these multiple reports.” 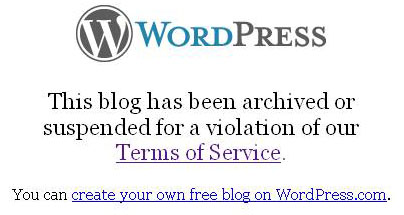