Those who have followed this blog for even the past couple of years have probably noticed fewer posts. I randomly choose November as an illustration. In 2013 there were 12 posts. In 2016 there were 6. In 2017 there were 4. In 2018 there were 2. The drop is because of family responsibilities that take my time and make it difficult for me to devote as much time to the blog as I would like.

Rather than give up I have decided to try something new. For a short time at least I propose to post some of my favorite photos with little more than a caption to identify them and perhaps show how they relate to a biblical text or event.

These photos will not be numbered from my most favorite to my least favorite of the group. The numbers are to keep them from all having the same title.

What makes these photos “my favorites”? It could be because they are rare, meaning that few photographers have been able to visit the site to make a photo. It might be because of their beauty. Perhaps I just like the photo. Maybe it was difficult to get the shot. In the beginning I will try to make selections from various countries within the Bible World.

Some of these photos may have been used in a post in the past and others will be published here for the first time.

This does not mean that I am giving up the longer, better researched posts. Already there are fewer of them. 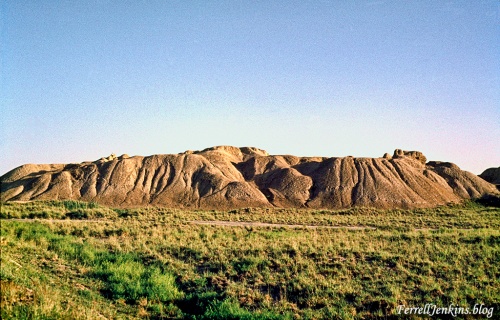 My first view is of the site of the ancient Neo-Babylonian city of Babylon. Iraq, May 12, 1970. Scanned slide. This was the site of the events of the early chapters of the book of Daniel. King Nebuchadnezzar ruled here from 605-562 B.C. Daniel, Hananiah, Mishael, and Azariah of the tribe of Judah, remained faithful to the LORD here, even enduring persecution.

Visit our Index of articles about Babylon here.