The Testimony of History Regarding
Church Government

Churches and religious doctrines were not always what they are today. In fact, in New Testament times (during the first century A.D.) there were no major branches of Christendom, no denominations. There was no church organization larger than a single local church overseen by a plurality of bishops (overseers), elders, or shepherds. These terms were used interchangeably. Today, however, one encounters hundreds of denominational groups, and universal organizations. What has happened since the first century to bring about this change? It did not happen suddenly, but was a gradual process over the centuries.

The Apostles of Christ warned in their sermons and letters of departures or apostasy from apostolic teaching and practice. See Acts 20:29-30, 2 Thessalonians 2:3, and 1 Timothy 4:1 as examples. Notice Paul’s warning to the elders of the church at Ephesus barely a quarter of a century after the establishment of the church in Jerusalem in A.D. 30.

I know that after my departure fierce wolves will come in among you, not sparing the flock;  and from among your own selves will arise men speaking twisted things, to draw away the disciples after them.  (Acts 20:29-30 ESV) 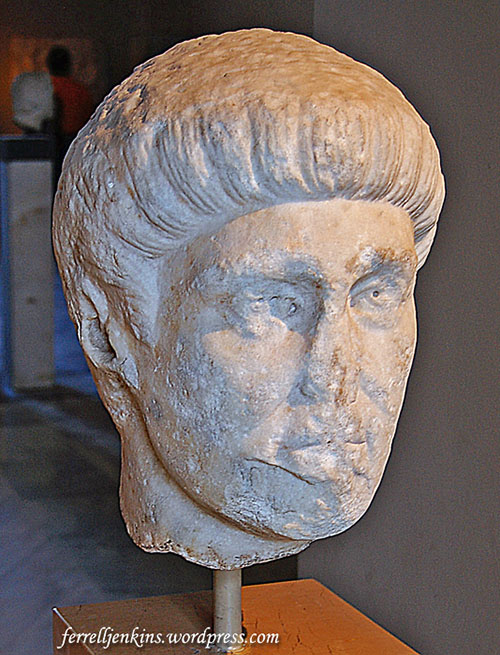 Historian Philip Schaff wrote about the changes in church government which were evident by the second century:

“We cannot therefore assume any strict uniformity. But the whole church spirit of the age tended towards centralization; it everywhere felt a demand for compact, solid unity; and this inward bent, amidst the surrounding dangers of persecution and heresy, carried the church irresistibly towards the episcopate…. Such a unity was offered in the bishop, who held a monarchical, or more properly a patriarchal relation to the congregation…. And in proportion as every church pressed towards a single centre, this central personage must acquire a peculiar importance and subordinate the other presbyters to itself…” (History of the Christian Church, II:142-143).

“Among the city bishops the metropolitans rose above the rest, that is, the bishops of the capital cities of the provinces” (Schaff, II:153).

Immediately after the discussion of the monarchal episcopate, Schaff discussed “Germs of the Papacy.” In A.D. 588, John the Faster, patriarch of Constantinople [later known as Istanbul], assumed the title of “universal bishop.” The emperor, in A.D. 606, took the title from John and conferred it upon Boniface III, bishop of Rome. This was the first pope, almost 600 years after the establishment of the New Testament church.

“There was in apostolic times no distinction between elders (presbyters) and bishops such as we find from the second century onwards: the leaders of the Ephesian church are indiscriminately described as elders, bishops (i.e. superintendents) and shepherds (or pastors)” (Bruce, The Book of Acts, 415).

By the fourth century enough changes had taken place that the Roman emperor Constantine called together the bishops of the churches, mostly from the eastern part of his empire, to discuss various issues that were dividing the churches. 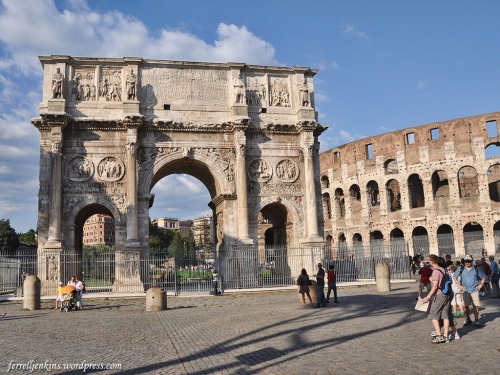 The Arch of Constantine with the Colosseum in the background. Photo by Ferrell Jenkins.

This is where Iznik (ancient Nicaea or Nicea) enters the picture. In A.D. 325 the first of seven Ecumenical councils was held here. After five more councils in Constantinople, Ephesus, and Chalcedon, the seventh of these councils was held again in Nicea.

In the next post we will begin our visit of Nicea.