Was John the Baptist a member of the Dead Sea Sect?

Identifying the Dead Sea Sect. We are speaking of the Jewish group responsible for preparing and hiding the scrolls that were discovered in and around Qumran on the shores of the Dead Sea beginning in 1947. The sect living here was likely the Essenes. I am aware of the numerous controversies about Qumran, but have not been impressed by the alternative views.

Was John the Baptist an Essene? It has been popular among some scholars to claim that John was an Essene. A suggestion is made that John’s parents died while he was yet a child. The Essenes were known to have cared for orphan children. So, they cared for John. Some comparisons may be drawn concerning John and the Essenes.

There are significant differences between John and the Essenes.

Here is a photo of Cave 4 at Qumran. Many of the important scrolls were located here. 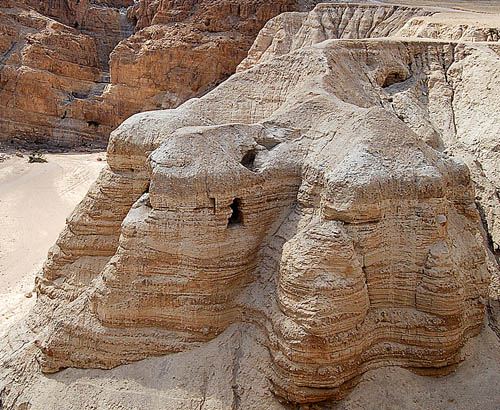 4 responses to “Was John the Baptist a member of the Dead Sea Sect?”