Back in April I noted here the difficulty of getting to the biblical site of Samaria in Sebastia.

The hill Samaria was bought by Omri, king of Israel, to serve as the capital of the Northern Kingdom of Israel (1 Kings 16:23-24). After a visit to Samaria in December, 2009, I posted a photo of the hill of Samaria suitable for use in teaching. I thought I would share this with you today. Samaria was built on a hill surrounded by a deep valley and then mountains. 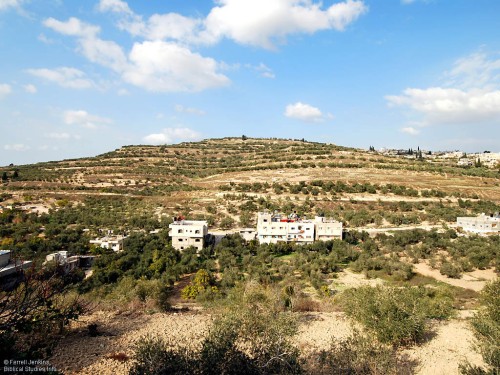 The Hill of Samaria. Photo by Ferrell Jenkins.

Samaria was destroyed by the Assyrians in 721 B.C. By New Testament times Samaria had been rebuilt by Herod the Great, and was visited by Peter and John (Acts 8).

A few days ago Todd Bolen (Bible Places Blog) called attention to an Associated Press article reporting that the archaeological site of Samaria is neglected, and is being vandalized. You can go directly to the AP report here or here.

Samaria has gotten caught in a virtual “no man’s land.” The site is in the West Bank but is designated as a National Park by the Israel Nature and Parks Authority. There is no indication that the Parks Authority has any concern for the site. (It is a political issue.) This leaves the site open to neglect and vandalization. Every time I have been there boys or men have approached me to sell me coins from the site. (If you go to my earlier post on Samaria, take a look at the comments by Outremer (Tom Powers) about the political situation at Samaria.)

Back to the most recent visit. I did get a fairly good photo of the steps leading up to the Temple of Augustus built by Herod the Great. Of course, the temple has been gone for centuries. Herod built this temple over the the palace area of the ancient northern kingdom of Israel. Doesn’t anyone respect the past? 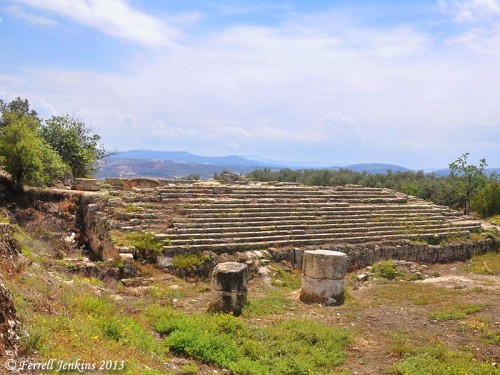 Steps of the Temple of Augustus at the site of N.T. Samaria. Photo by Ferrell Jenkins.

The view of the mountains that surround Samaria is impressive (cf. Amos 3:9).