Haaretz reports (here, premium edition) this morning the suspected arson at the Church of the Multiplication on the northwest shore of the Sea of Galilee at Heptapegon (= Tabgha). A storage room and offices were damaged in the fire.

I am among those who are uncertain that the area of Tabgha is the site of Dalmanutha, and rather certain that this is not the site of the feeding of the Five Thousand. It is, however, a beautiful location where one can study and meditate about the Biblical miracle.

Our photo shows the location of the property associated with the Church of the Multiplication. Perhaps even more significant is the clarity of this view as it shows the eastern side of the Sea of Galilee and the Golan Heights. 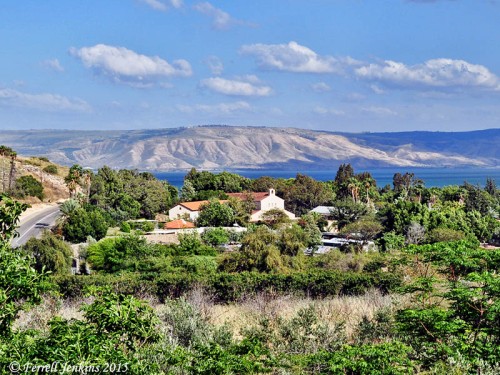 A view of the area of Tabgha from the west. Photo by Ferrell Jenkins.

There are many ancient mosaics in the floor of the church. The most famous one is the mosaic of the loaves and fishes. 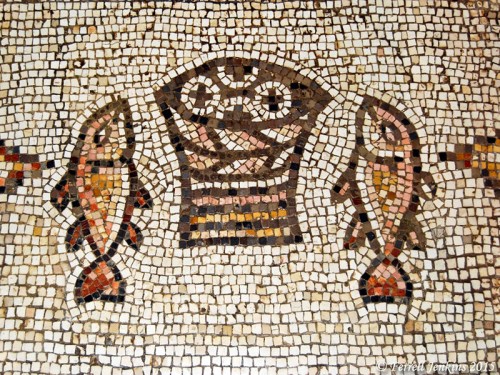 The mosaic of the loaves and fishes at Tabgha. Photo by Ferrell Jenkins.

Archaeological Store Rooms Damaged. In a related matter, two days ago The Times of Israel reports (here) the arson of storerooms containing 4,000 year-old artifacts from an emergency excavation at Tel Kishon near Mount Tabor. 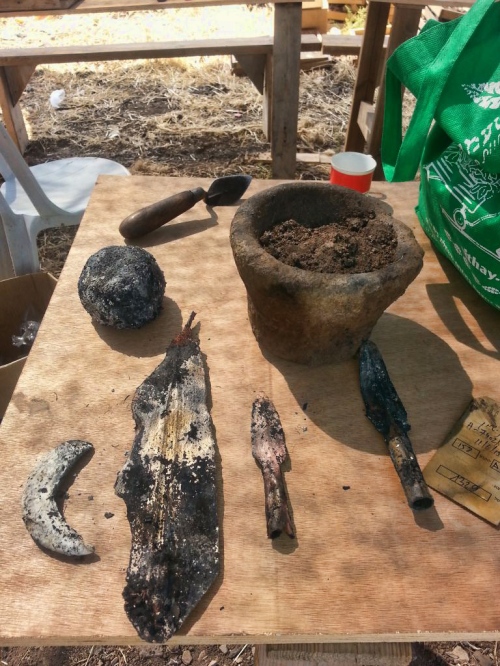 Jesus spoke about that when Simon Peter tried to defend Him with a sword.

Then Jesus said to him, “Put your sword back into its place. For all who take the sword will perish by the sword. (Matthew 26:52 ESV)

3 responses to “Arson suspected at Tabgha, Church of Multiplication”